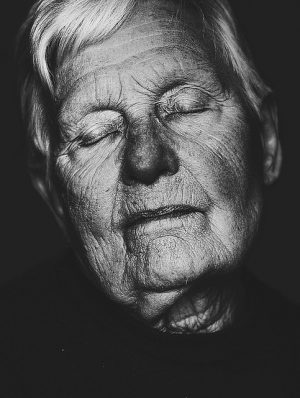 If you or your loved one is struggling with getting a good night’s sleep, it could be extremely detrimental to your health. If you’re older, it doesn’t just mean a rough start to your day. Having trouble getting to sleep and waking up during the night are a reality when you’re aging, but it’s also one of the leading Alzheimer’s risk factors.

Researchers at Washington University School of Medicine in St. Louis, MO have released a study that says older people who spend less time in slow-wave REM sleep (the sleep that you need to feel rested and rejuvenated) show higher levels of a brain protein by the name of tau that has been associated with Alzheimer’s disease.

This study is the first of its kind to show a correlation between REM sleep and tau in early-on Alzheimer’s. Tau is known for forming tangles in the parts of the brain that are critical in memory function. As Alzheimer’s progresses, tau and another protein by the name of amyloid beta slowly spreads through the rest of the brain of the person suffering from the disease.

The research shows that during sleep, our brains can shrink substantially, using this time to clear out the build-up of toxins and proteins like tau and amyloid that cause problems in memory and cognitive function.

Further Revelations From The Study

In order to establish a link between deep sleep and the presence of Alzheimer’s disease, the study monitored 119 people over the age of 60 who demonstrated little to no cognitive decline while they were in their homes.

Participants were given a portable brainwave monitor and a movement tracker similar to a Fitbit for the one week study. Researchers asked participants to keep track of sleeping at night as well as daytime napping.

As we sleep, the brain cycles through different stages- slow-wave REM sleep is one of these. It’s critical to our health to have good quality sleep but not only that- it’s thought to be important for preserving memory or cognitive function.

Researchers measured the spinal fluid and brains of participants for amyloid beta and tau levels during the study. Once they factored in age, gender and movement while sleeping, the study showed that participants experiencing diminished slow-wave sleep had higher levels of tau proteins in their brain and the ratio of tau to amyloid beta was higher in their spinal fluid.

A Lack of Sleep Has An Impact On Health

The National Sleep Foundation claims that sleep triggers changes in the brain that work to strengthen memory and losing even a half night’s sleep can impair brain function. This may be directly related to the brain’s ability to clear out toxins, as it’s only active during slow-wave sleep which often happens during the first half of your night.

People who are lacking in deep or slow-wave sleep can have elevated levels of both tau and amyloid beta, which is interesting considering that older people suffering from dementia often present a symptom called “sundowning”– where mental processes and awareness diminish as the day proceeds.

This could be a direct correlation to the buildup of toxins throughout the day.

Losing sleep not only slows you down during the day, it can increase the risk of developing some pretty serious health problems. We’ve established that sleep is crucial to forming memory and creating new room for learning to occur- sleep deprivation puts a person at risk for worsening depression and a lack of adequate response to treatment for depression.

Not only can insufficient sleep allow for a buildup of toxins, but it can also affect mood, memory, metabolism and the immune system. Let’s take a look at some of the risks:

Up to 44% of Americans are estimated to get less than the recommended seven to eight hours of sleep every night. Studies have previously shown that poor sleep and brain changes can lead to Alzheimer’s, as it’s one of the leading Alzheimer’s risk factors but this is the first set of research that correlates poor slow-wave sleep to an increase in tau levels during early Alzheimer’s disease.

If you’re getting less sleep than you should be, affected memory isn’t the only thing you may experience. Poor sleep can cause serious health problems like obesity, diabetes, heart disease and stroke.

Evaluating memory care for a loved one with dementia